Life on board the Marie Celeste 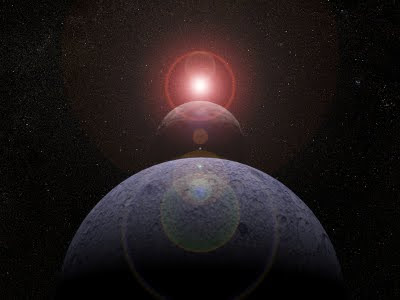 Those of you that follow the blog frequently will realise that I have recently been kidnapped by aliens and am currently being taken to their planet for experiments. I am trying to negotiate my release but the fact that they communicate only through the medium of tap dance and farting is making the whole process quite tricky. This is the best excuse I can come up with to explain my lack of recent posts (other than my dog ate my laptop which none of you would believe in light of the alien abduction story).

Anyway to the truth. I have been busy. Really busy. Even now I am just finishing off some work before I go out for a drink with one of my best friends who I haven't seen for over half a year and only lives about 3 miles away. My last post was an attempt to write about the Swedish Summer Seminar which I got half way through before "the summer happened". Since that time my work has exploded somewhat (which being self-employed is a really good thing) and budo training has similarly taken an upward curve. I guess it's better to be training for my 6th dan rather than writing about it but the guilt has still lain like an iron cross strapped across my shoulders....well perhaps not that bad, more like a hangnail.

I don't want to go into too much detail about the last few weeks so I will summarise it below instead and try to pull out the developments at the end (if I get that far)...

Brilliant as mentioned in the previous post. Lots of clarification on seitei. I spent the koryu doing okuden with Momiyama Sensei which was fabulous and Ishido Sensei spent quite a lot of time with us. I loved the three versions of Ryozume which I will have to consign to keyboard soon before I forget. I also won the embu taikai which was a bit of a joke as I don't even remember what I did. It reminded me that I hate embu taikai but read more in the BKA summer seminar.

At the Dojo - Iaido Training Sessions 63 and 64

Yup, went to the dojo, did some training, helped some students, got ready for the Nationals...

Won the 5th dan individuals meeting Harry in the finals which was very nice. I really tried to calm everything down and I think I was quite successful. I went with my 3-man team into the knockouts and then got the proverbial but it was also nice to be with two other people who were giving their everything to win even when we were against really strong teams.

At the Dojo - Iaido Training Sessions 65 and 66

Well despite the fact that the entire world was exploding (i.e. the BKA summer seminar was coming up which I was in the middle of the organisation of) I managed to make it to the dojo and get some training in.

Didn't get in as much training as I would have liked to as my hands were full translating (not using sign I should add), organising, lunching, drinking and generally running around like a headless chicken. I think for me this was academically very rewarding as in the space of one month I had listened, translated and regurgitated everything Ishido Sensei had to say about seiteigata. We had an embu taikai and I was determined to do something different. I focussed on calmness, quietness and a change of timing. I won the knockout and the final and it actually felt good. I wasn't nervous anymore. I took haste and effort out of the kata and it all snapped together quite nicely without my interference, thank you very much. I think this experience itself started to show me the difference between renshu and keiko. If I had spent the embu concentrating on making sure that my foot timing was correct then I think it would have fallen apart to busyness but I just let it all go. The previous renshu had made sure that the keiko was at least technically acceptable and I could focus on other things such as visualisation, johakyu, metsuke etc.

At the Dojo - Iaido Training Sessions 67

Saw the sensei's off and then zipped off to the dojo. Did the usual practice and I think, if my memory serves me right, I tried to get the lower grades to do some more koryu.

This was nicely preceeded with some walking in the Karpacz mountains with my Polish friends. I had somehow ended up being the sole deliverer of the seminar which was at once very liberating but also incredibly tiring. Everyone was wonderful, really enthusiastic and patient as I wanted to ensure that as much new information was transmitted as possible. I spent quite a bit of time pulling bones out of the Japanese version of the ZNKR Iaido manual, which as I explained at the seminar, had a lot of information in it that had not been translated as it would have significantly delayed the delivery of the English version. Furthermore a lot of the info might have been taken a bit too literally and set up as dojo rules (especially those points concerning dojo "architecture"). The seitei part of the seminar I made sure focussed on grading points and special considerations on how to deliver the kata. I tried to make sure that I put in as many points as I could remember from Ishido Sensei. It was nice to see people coming from Slovakia and Czech who also gave me immense mental support (they are very experienced and enthusiastic iaidoka). We had a small taikai and a grading which went very well and I was inspired by a father and son who had been training for only about 6 weeks who took part and tried some koryu. The son won fighting spirit, he well deserved it. We did some MSR on the last day and I tried to draw together the closeness of Jikiden by showing how different branches of Shinden looked (some Shinden is closer to Tosa Jikiden than to other branches of Shinden). The notion I was trying to convey was the fact that the styles are all trying to embody the same thing, the harmony of sword, body and mind.

I would right now like to thank everyone who came to the seminar (especially those that came from other countries), was involved in the organisation and gave their utmost to train.

At the Dojo - Iaido Training Sessions 68

After initial seitei run through we did some embu and review sessions on katas 1, 5 and 9 which was very useful.

Where am I now? Still on board the ship but a few things have happened over the last 2-3 months:

I now want to focus the next few weeks on only practice and embedding good stuff. I don't want to do much analysis or pulling apart. I am going to organise a few separate training sessions and hope that the last year of research and study can be implemented and made solid in my performance.

Ah well, I'm just looking at my alien hosts, they are standing waiting with what looks like fire hose. I wonder what they want....