Glimmers in the Dark 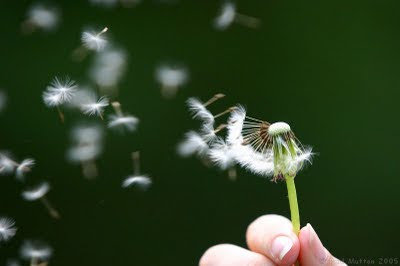 Some things in life, especially experiences, are almost ephemeral in nature. Take, for example, trying to nail jelly to a wall. The more you try, the harder it seems. Or howabout the act of not thinking about elephants - not a difficult task in concept but actually nearly impossible when attempted. It is the act of attempting something that can render it seemingly impossible.

If you practice iaido I'm sure you know exactly what I'm talking about.

My self-appointed mission to achieve a 6th dan grade that I believe should be worth the work put into it has driven me to research, train and improve those things that I already do and know. It has also compelled me to work at things that I think most people don't even consider to be part of dan grading preparation (I won't go into that now). Finally I have been hoping to uncover a "secret" of the art. Something revelationary, even approaching transcendence. Perhaps a lot of other iaido practioners are like this too - wanting to discover something quite unlike those material things that avail themselves in life's normal activities.

Yesterday evening showed a glimmer of this, albeit a faint one. It was a strange glimmer, almost like believing that the answer to life, the universe and everything is the number 3, only to discover that it is the one true Three. What do I mean by this? I mean there are some beliefs that are supported by logical and rational thinking. Some of these beliefs are further bolstered by something of a "faith" that one is correct as it seems in harmony with the nature of others who are more advanced in teaching the thing that we focus on. Ultimately all beliefs are made concrete through an experience whether it is eye witness, aural or kinaesthetic.

I arrived slightly later than normal and joined the training as Sensei started working people in kihon prep with some cutting practice with us being made more aware of the timing of moving the sword first and then moving the body and sword as one into the cut. We worked through nukitsuke, chiburi and noto, all the while I tried to ensure that I was relaxed during these movements as this has been something that a) I have been wanting to develop anyway and b) had shown some improvements in my form.

We then went into 5-form embu practice with us reporting back at the end of each cycle how we felt about our performance. For me, as usual, my lack of lower body strength was causing me problems. The dojo was very crowded with some 12 people training and I made sure I confined myself to Shohatto and then Chuden or seated Oku forms. As we went into the second set I decided that I would work on the more basic Chuden forms in order that my lower body was exercised.

I was soon called over to do my embu practice in front of sensei and I decided to focus on Shohatto, Yokogumo, Inazuma, Urokogaeshi and Tozume. Nothing flash or complicated but all requiring good lower body movement.

I was drilled to go through Shohatto a few times and it was in this kata that this slight revelation took place. Sensei told me that I was too focussed on the movement of the arms in nukitsuke and not thinking of the movement of the sword. Furthermore I wasn't accelerating my left hand to do sayabiki anywhere quickly enough. I also knew that he wouldn't be very sympathetic to any grinding noises as the sword came out of the scabbard so I opted to ensuring that my arm and hand work was as relaxed as possible. Then in one of the few draws I did, it happened. The sword seemed to move effortlessly, sharply, in time with the body and accurately. That was it. It just happened.

As I moved into Chuden I attempted to incorporate the same thing into Noto. Once or twice it worked well. Very well in fact. The sword went in silently without the obvious appearance of effort. This was in fact key to the movement. Sensei told me not use my right arm to pull the sword in but to use the body's tension to resheath the sword. I think I could see what he meant, I relaxed the arm and at the point of full extension, as my body moved back the tension brought the sword in smoothly and effortlessly.

As alluded to at the beginning of my article, as I tried to repeat the feeling more so it moved further away. After a few modifications of my Tozume, Sensei was happy and let me go and practice again. I knew that it wouldn't come back for a while so I decided to help out and work on Project Delta a bit.

One can smile knowingly and think "yes, of course, relaxation is key" but it's never as simple as that. Iai feels like it needs effort, it often responds positively to effort, it seems natural to apply effort. These I think are all true. The only thing I can say is that there seems to be a stage when the effort made to sculpt the movements needs to be put down and the movements themselves to appear and to live. A painter doesn't need a brush in his hand to admire the beauty of art. A car mechanic doesn't need a spanner to drive a car.

And you don't need a hammer to nail jelly to the wall, your head will do just nicely. Better still, just eat it with ice cream.... 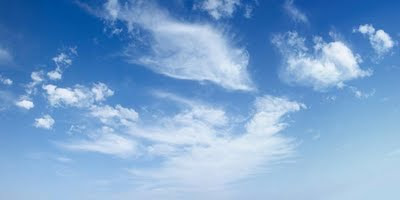