Locked and loaded! Redressing in iaido/jodo 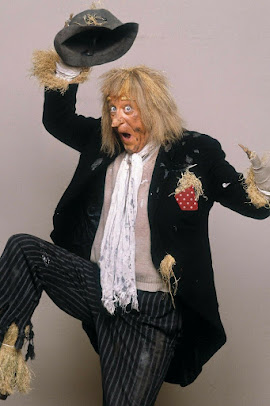 In a recent post on Facebook, the topic of how a woman should wear an obi and a hakama was discussed comprehensively; the main issue being the tendency for women’s hips to be more prominent than men’s thus leading to the hakama and obi falling below the hip bone during practice. I don’t want to get into this any further as, as I said, the topic was discussed comprehensively and I think a resolution was somewhat reached.

What I do want to explore though is one point that came up during this discussion, the need to redress oneself during training. Like any good subjective topic to be discussed, I’ll avoid going straight to the solution and instead go timey wimey around in a circle until we land, “splat”, at the conclusion.

First, let’s think about the fundamental wearing of the sword as it originated (whether that’s in battle or on the streets of Tokugawa-period Edo. The principle underlying most of iaido is the idea of a sudden encounter that requires the quick or hidden drawing of the blade, often a forestalling of the opponent followed by a decisive strike. If this is in an iai-type “in the street” or “while having a nice cuppa tea” situation then the idea here is that this is a rare one-off occurrence. There isn’t a requirement to be repeating this type of self-defence several times per day (this is a hazarded guess; I wasn’t there in Edo so I wouldn’t know).

If you prefer your style of iai to originate from the pre-Edo era of battlefield swordsmanship then a sudden draw might not be quite as common as simply drawing your sword, walking/running/riding into the battlefield and flinging/pouncing/announcing yourself on your intended opponent(s).

The point here is that in neither of these originating concepts is there the requirement to be continually drawing and resheathing your sword, thankyouverymuch.

I’m now going to take a leap onto another side of this discussion, let’s call it “Countermeasures Against Chaos” (CAC or Midaredome in Japanese), by this I mean, what do people do to stop their keikogi from getting in a mess. In Europe we have had very useful input from several different Japanese sensei. While I wasn’t in attendance, I know that Kinomoto Sensei spent some time explaining and demonstrating how women should wear their keikogi. Previously, Hayashi Sensei and Ueda Sensei have explained how using a towel wrapped around the waist can help reduce hip prominence and how to tie the obi to prevent backside bustle (i.e. a flat knot to stop it looking like a van has parked in the back of your hakama). Oshita Sensei and Morita Sensei both demonstrated a very neat solution of sewing Velcro into key parts of the keikogi and using pins to keep everything together. On the basis that I have never seen Oshita Sensei looking anything other than extremely smart, I would guess that this is highly successful. In fact all of these sensei always look smart and straight when we see them…

…and this brings us closer to the conclusion. When we talk about redressing during practice (due to things like, sayabiki causing your hakama and obi to slowly separate and your jacket to lose its straightness) this is in the context of doing dozens, if not a few hundred kata/suburi during a training session lasting from 1-4 hours at a time. Sorry to break any illusions but when we see our teachers at seminars outside of Japan, they are doing some demonstrations and then teaching, they aren’t doing the training workload that seminar participants are expected to undertake. As someone who has taught at a few events myself I can promise you that there’s no better way to keep your keikogi nice and tidy than by just simply walking around and giving feedback.

This isn’t me disparaging teachers; this is the reality of the situation. Even so, you still sometimes see our teachers straightening their clothes, sometimes redressing completely during the break.

And so onto the conclusion:

Light is both a wave AND a particle AND a smell….oops, sorry, wrong blog.

If your keikogi is falling apart and you end up looking like a bag of rags after, say, five kata, then there probably is something you can do to improve that. Correct tightness of obi (not too tight in my opinion), correct tightness of hakama himo (a little tighter, in my opinion), the insertion of a safety pin in the lapel (not a bad idea in a grading) are all good things to do.

If your keikogi is looking untidy after 30 kata…so what? Stop for a few seconds and tidy yourself up. If it requires a quick redress then step to the side and do so. Don’t worry about it. Actually, at the end of a session, if my students look like they have been dragged through a Rage Against The Machine concert then I like it, it means they have been training hard. There’s nothing wrong with this.

My main point is that there’s nothing wrong with redressing yourself or having to tidy yourself now and again. It’s an inevitable outcome of doing some training. If you see someone who always looks smart with their uwagi, obi and hakama perfectly aligned then it means that they probably haven’t done any training since putting it on this way.

Embrace the scruffiness of training!