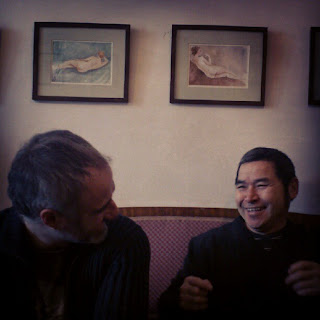 What else might this imply in terms of this separation from reliance on one’s teacher? Let’s look at some individual aspects:

Seminar attendance: regularly attending seminars is a great way for obtaining and absorbing a breadth of information. I rarely see a seminar as being a chance to do hundreds of forms but rather a learning activity of new matter OR the same matter but explained and demonstrated in a different way.  One gets to learn from potentially higher graded and more experienced teachers than one’s own dojo teacher as well as the much underrated experience of learning from one’s peers and even juniors. I think that every single person has something to offer in terms of learning martial arts, which although sounds a bit woolly, I should add means not that everyone can directly teach something of the art but, for example, watching a complete beginner struggle to get through a technique is in itself valuable and interesting data.

Reading and research: by this I mean to not limit absorption activities to just reading the written word as I am aware that there are many other sources to learn from including video and audio media. Reading the thoughts and opinions of very senior teachers has been very inspiring personally and is another underrated and underused form of study especially when it comes to Koryu.

Taikai: yes, here it comes, the banner flying for taikai against all forms of criticism! Yes, budo is not a sport and maybe a competitive spirit is not in alignment of the budo spirit (or so some might think) but surely any activity which pushes the individual to try their very best to “beat” another person is exactly the basis of all martial arts. I have personally learned so many aspects of budo, both standardized and Koryu, from taikai I can’t understand why people limit themselves by avoiding them. Surely just coming to watch some spirited performances would be a useful insight into one’s art…?

Self-critique: I am going to emphasise this again as I’m not sure I convey how important this is. Limiting one’s self-evaluation to using your own eyes in realtime while doing a form has limited use as a) perspective is important (parallax error being a great example of how to mess up angles terribly) and b) the act of observing itself is likely to change what one does during a form. I like the idea of using mirrors although that in itself suffers similar problems to those immediately above. Video, from various angles and heights, is an indescribably useful medium for learning about one’s own performance.

The body you train with: this might be a new thought to many people (albeit not those who have done any kind of coaching course I am sure. Looking after your own health is an important and instrumental part of one’s martial arts training – isn’t it? I don’t believe that in martial arts the student should rely on their teacher to tell them how to look after themselves in terms of health. Why not? For the same reason that I don’t ask my sensei where I should park my car when I come to training or which way to drive to the dojo or from which bank account to pay for dojo subs. They are all strongly associated to my personal application of martial arts training but are probably utterly irrelevant to everyone else. I know when to say to a dojo member that they should warm up and stretch more than they do but I am not keen on providing life coaching to anyone. That is a responsibility that each student must assume for themselves. I won’t tell anyone that they should lose weight, gain weight or lose a limb – that’s up to them. However, from this student’s perspective what is important about bodily health? It’s a fairly general term but I think it applies to a number of criteria:
·         Cardiovascular fitness: this means that a general amount of exercise doesn’t leave you lying in a heap on the floor. Neither Iaido nor Jodo are generally aerobic enough to create or demand an athletic level of fitness but it certainly doesn’t help if exhaustion is holding back one’s training during important parts of a training episode (like when at the end of the seminar the sensei says “and now for something completely different”). Doing some work to maintain a good level of cardio fitness will often contribute to the other following criteria.
·         Limb and core strength: meaning muscular strength in the arms, legs, connecting joints, trunk and back. Iaido and Jodo for me seem easier to perform well when the legs are feeling strong, warmed up and able to carry oneself quickly and efficiently around the katas. Building up some strength in the arms means that less consciously applied effort is required to make sharp and powerful cuts, strikes and thrusts. Having good core strength improves stability of posture and reduces the effort required to move around.
·         Flexibility: this is so important to asymmetric arts like iaido which is strange when one thinks about what are important physical actions in the kata i.e. sayabiki, the ability to turn and look fluidly. Iaido can destroy flexibility and it requires it as well. What does this tell us? It says that we have to supplement our normal training to drive that inflexible condition away. I leaned a couple of years ago that Morishima Kazuki Sensei (Ishido Sensei’s star pupil) did about 30 minutes of stretching before he started training. I’m sure that’s not the sole cause of him being so good but it must surely be a significant factor. As soon as I started applying a proper stretching regime to my training I found my legs and feet starting to be used in a constructive manner rather than being long blobs of tripping hazard.

So, that’s quite a long diatribe concerning passing gradings, something that I can sit smugly and cast advice about. What I really mean to convey though is that as the gradings get more advanced, especially around 4th dan, candidates need to start taking care of their own training, progress and preparation.

Getting back to the taikai, it was very interesting to judge as there were four Iaido koryu styles present and various subsets within those including: 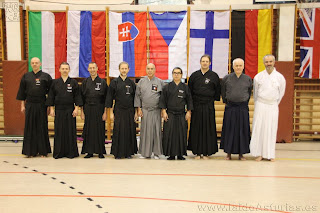 With all these potential variations it was impossible to lay too much emphasis on judging on technical correctness (there was no seiteigata in the taikai). Robert spoke to the judging group and said to judge on what you could perceive from the heart of the performance.
The taikai started and the judges sat down ready (feeling slightly bemused, or was it confused?) but within a short period of time we became used to judging not on the minutia of the technique but other things, more difficult to describe.
For me it began to resound with something that Ishido Sensei had spoken about before in articles and explanations. This issue had been explained to him by his father, Ishido Sadatoro Sensei, as the essence of Niku-Sanke, a nature which is present in styles of Iaido.
Rather than present my own memory of this explanation I have pasted in below the article excellently translated by Richard Stonell and published in Kendo Nippon in an article with Ishido Sensei:

My father was not the kind of man to make detailed comments when I was training like this. He would only repeat a single phrase occasionally: “remember the ‘two ku’ and ‘three ke.’”
The ‘two ku’ are ochitsuku (calm and relaxed) and hayaku (quickly). The ‘three ke’ are metsuke, nukitsuke and kiritsuke. These are, regardless of the school or the technique, the absolute fundamentals of iai. I came to realize more and more that no matter what kind of practice you are doing, these ‘two ke’ and ‘three ku’ should be the foundation. However, at the time my father was telling me this, I didn’t yet understand properly, so I thought of these words simply as something my father liked to say.

From this I tried to spot these elements in the competitors’ performance by asking myself the following questions:


1.       Is the exponent calm and relaxed so that the techniques are soft and sharp (ochitsuku)?

2.       Does this softness build into natural speed and power (hayaku)?

3.       Do they maintain good metsuke which shows clearly where the opponent is?

4.       Is their nukitsuke (or opening attack) performed with decisiveness and clarity?

5.       Is their kiritsuke (or finishing attack) delivered with a sense of finality and natural power?

I started trying to vote on these criteria and found my voting to be closer to the other judges (rather than standing out like a plum). Judging and deciding became a lot easier once stability also became a part of the criteria.
Towards the end it became obvious who was going to reach the finals. It was a very interesting experience trying to develop a method of judgement when adherence to geometric form no longer became under critique. 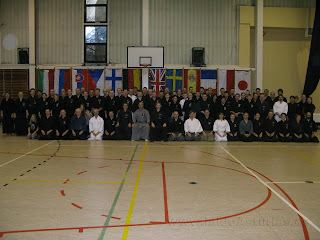 At the end of the presentations I offered a prize to one of Robert’s students who I thought, while his embu wasn’t beautiful per se, it showed what I thought were lots of the five criteria listed above.
In the next and possibly final part of this posting I want to discuss how these criteria reach into the notion of “Setsuninto Katsujinken”. 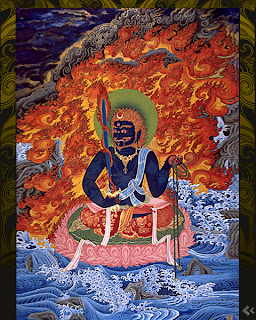 Thanks to Meishinkan Pskiij Pskiij and Maria Enquist for the use of their photos.
Posted by Andy Watson at 16:20 2 comments: