I am calling this a standard Iaido Training Session as within 1 1/4 hrs of being left alone in Vic Cook's home dojo I managed to do more training than I normally do in 2 hrs in our dojo.

Harry and me were visiting Vic and Terri for a few days to primarily help Vic with his 6th dan Jodo prep. On the last evening there we asked Vic if we could use the dojo to do some free practice and for him to come and have a look after an hour and give some feedback. 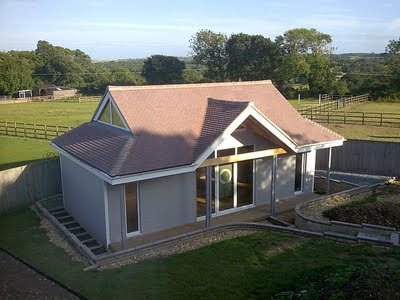 His dojo is amazing. One can only get about 4-6 people doing Iaido at the same time and maybe 2 pairs doing Jodo but the floor is great, the dojo looks fantastic and there is a delightful smell of fresh wood. I only remember that smell being actually inside a building while in temples in Japan.

Anyway, Harry and I went through Seitei then I went into Omote, trying to work on technical correctness and body movement throughout the forms. Towards the end I did a hayanuki run-through to get my beats up a bit.

It was while on the Island that I had what I can only call a moment of epiphany while watching a falconry display. One of the birds demonstrated was the peregrine falcon which, to my surprise, turns out to the fastest animal on the planet (and not the swift). It was explained that they carry no fat, they are pure muscle unlike other birds of prey like the bald eagle. 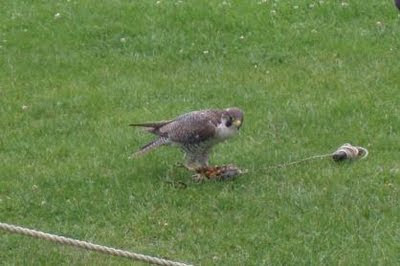 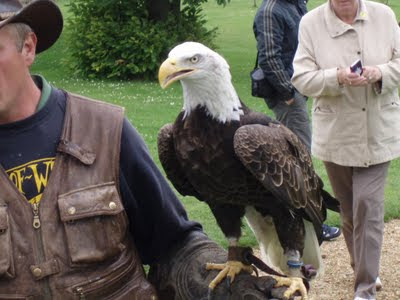 Above: The peregrine falcon - all muscle; Below: The bald eagle - a lard arse of a bird.

Anyway, seeing the falcon in action just made me realise that part of my challenge to myself for 6th dan must be about losing more weight and getting fitter. I'm not planning to be able to fly at 250mph but I do notice that there aren't many fat 8th dan hanshi's in iaido. And so begins my 1,940 calories per day diet to get me down to 80kg...

Anyway, back to the dojo. I asked Vic to watch an embu of me doing five koryu and three seitei including my target forms. At the end he gave me some very useful feedback saying:

Anyway it was a really good opportunity to do some personal training (one small box ticked) and get some feedback so well worth it.

Now onto the Gothenburg seminar writing marathon...
Posted by Andy Watson at 12:38 2 comments: